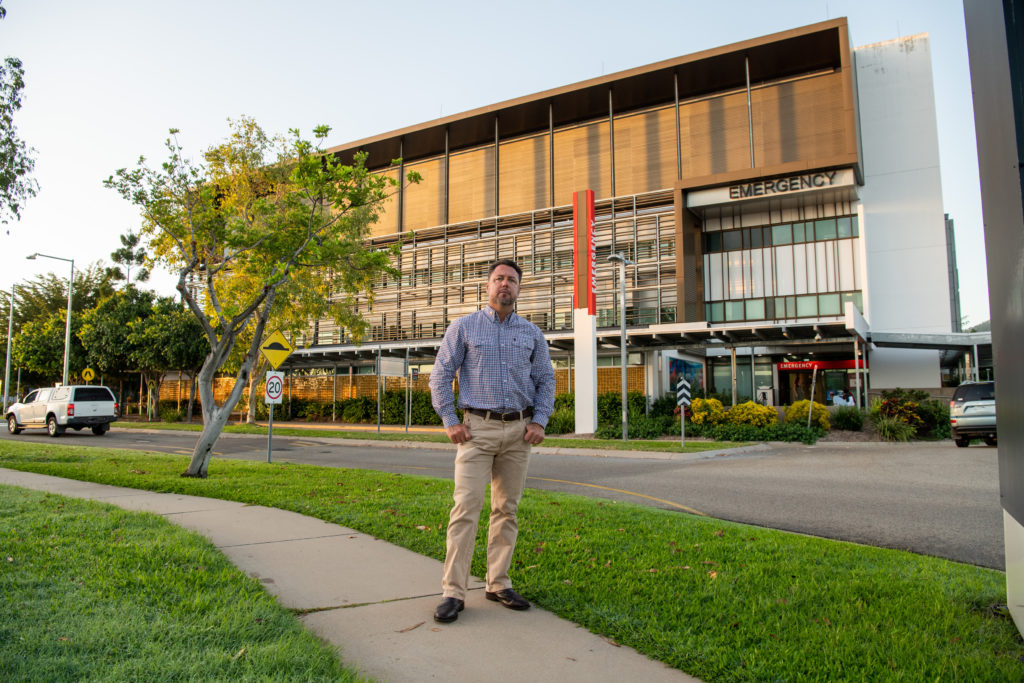 It’s a gift that can save up to three lives per donation, but giving blood in Townsville hasn’t been possible since Lifeblood’s only Townsville Donor Centre went Plasma only in 2017.

The decision is one Deputy Leader of the Katter’s Australian Party (KAP) and Hinchinbrook MP, Nick Dametto is perplexed by, calling for a second CBD donation centre and the reintroduction of the mobile donation vans in North Queensland.

“We often hear Lifeblood calling for more blood donations in the media, and that our Country’s blood stocks are low. But when people go to roll up their sleeves to give blood in Townsville, they’re told your nearest blood donor centre is 4 hours away in Mackay,” Mr Dametto said.

“For some, giving blood started back in high school through donations to the mobile blood van, but since North Queensland’s vans went AWOL, Hinchinbrook residents have shared the view that Lifeblood are missing a huge opportunity to reach a massive number of potential donors.

“I’m often asked why people are unable to donate blood in Townsville, people appreciate that we’re home to Australia’s first dedicated Plasma centre and understand the benefits of plasma donations, however for whatever reason, some people just want to donate blood.”

The Hinchinbrook MP is calling on the Federal and State Governments to work together to fund a second donor centre in Townsville, as well as bring back the mobile donation vans for regional communities.

“One in three Australians will need blood or blood products at some stage in their lives, and when only 1 in 30, or three per cent of Australians give blood every year, I think we need to do everything we can to empower people to roll up their sleeves,” he said.

“Like most things, it comes down to ease of access, if you have to get from the CBD to the hospital at Douglas, you’re more likely to put it on the back burner. Whereas if there is a centrally located donor centre or mobile donation van dropping into workplaces or our regions people don’t give it a second thought.

“With a population of around 200,000 people, it just makes good sense to make these centres as accessible as possible, so we can increase the number of donors and capacity in the region.

“We have some large employers based in the Townsville CBD, including Townsville City Council, Ergon Energy, the Australian Tax Office and a number of State and Federal Government departments, who I’m sure would be chomping at the bit to donate if it was more accessible.”

Mr Dametto said while the Queensland Government had spruiked the largest Health Budget in history, a lack of funding to extend Lifeblood’s reach was disappointing, especially with the State’s population rising.