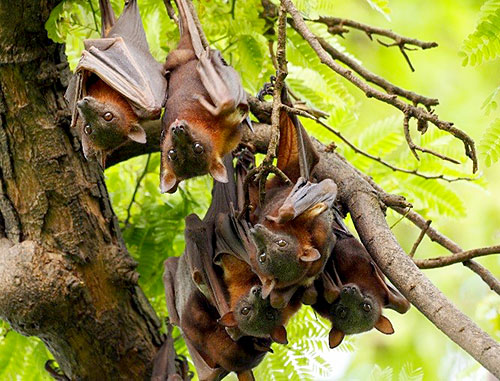 Katter’s Australian Party (KAP) MPs have called out the State Government for sending Queensland councils into ‘sword fights armed with feathers’, in reference to the lack of money and support given to towns infested by unwelcome flying fox populations.

State KAP Leader and Traeger MP Robbie Katter challenged Minister for the Environment Leanne Enoch in Parliament last week on whether the government would urgently approve and support a bat management plan for Mount Isa.

The city is currently dealing with a 20,000-strong infestation at the Sunset Lawn Cemetery on the edge of town.

Mr Katter said his electorate office had been in receipt of constant complaints and requests for assistance, with residents living nearby the roost being tortured by the situation.

“In Mount Isa right now, people can’t leave their homes, kids can’t play out in their yards, you can’t have your pets outside, pools can’t be used, solar panels are inoperable, horse paddocks are vacated and people can’t go to the cemetery to visit their loved ones – there is all this mental anguish that seems to be lost on the State Government,” he said.

Mr Katter’s electorate also includes Charters Towers, where a long-established flying fox population in the town’s most prized public park has been known to reach numbers of 200,000.

Flying fox roosts are also present in other Queensland towns, including Townsville, Cairns and Ingham.
Minister Enoch, whose portfolio directly relates to bat management, made repeated reference to “balancing the interests of bats and people” in her reply to Mr Katter but did not otherwise answer the question.

Mr Katter said the State Government had left local councils with an impossible task when dealing with bats, forcing them to foot all costs while demanding they adhere to a stringent and often unworkable approvals framework.

“We have been putting up with this in rural and regional Queensland for way too long and the State Government has been using all the excuses in the world not to do its part on this issue,” Mr Katter said.

“The Department of Environment applies so many constraints to our councils, making it virtually impossible to deal with bats in a way that meets the standards of the communities that are actually impacted by them.

“They put it all back on the city councils, forcing the councils to fight with their residents.

“As taxpayers we have to do backflips and pander to environmentalists, predominately in city areas, whose views are treated as more important than ours even though they aren’t living with the bats.

“We’re saying enough is enough, the State Government needs to listen to the values of the people that are actually affected by this.

“We need to be able to humanely and, in a practical way, deal with these bat populations and our councils need some autonomy and some support in doing so.”

“Local councils have been lumped with the responsibility of handling these bats but it is very hard to manage these roosts with the current framework they have to work under,” he said.

“All you can use is noise, sound and smoke – anything else that can be seen as intrusive like sonar devices or other loud devices that could be in anyway detrimental to their health is just banned.

“So you’re basically sending people into a sword fight with a feather.

“Bats need to go back in the bush where they belong – that way, everyone is happy.”