South-east corner gets a taste of croc problem 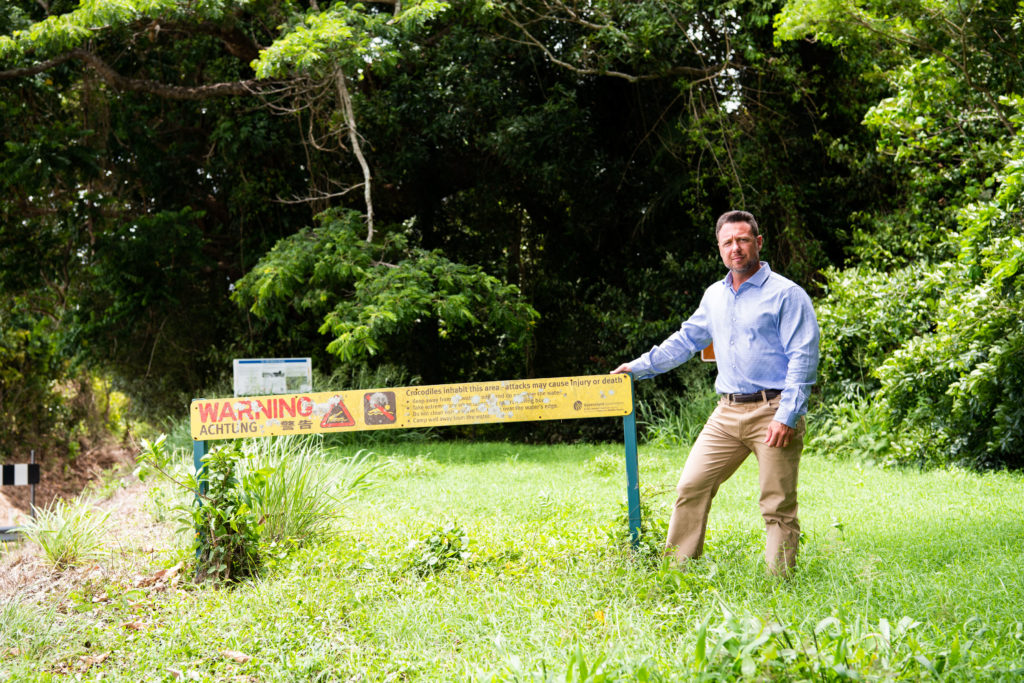 Throughout North Queensland, and extending as far south as Stradbroke Island, there have been more than 105 crocodile sightings in the last month, sparking calls by Katter’s Australian Party (KAP) MPs for the Government to stop prioritising crocodiles over human lives and get serious about crocodile management.

“Crocodiles numbers have exploded everywhere across the North but recent reports from constituents in the Tully Heads area are causing me particular concern, especially sightings of a three-metre-long crocodile acting aggressively at the local boat ramp,” he said.

“Crocodiles are moving into areas where they haven’t been seen for over 50 years – early last year, a large crocodile took up residence in the centre of Ingham at the TYTO Wetlands, and in December a large Labrador was taken by a crocodile in Cairns – you would think such occurrences would cause the Department to take swift action, but they seem to have a snail like response to removing these problem crocodiles.

“The recent sighting of the Stradbroke crocodile indicates crocodiles are moving further south and now that it is a south-east corner problem the Department seems to be responding to the sighting with lightning pace.

“Now that South-East Queenslanders are being threatened with what the North have been forced to live with for years, we might see the Government listen to the Katter’s Australian Party and take a more proactive approach to reducing crocodile numbers.”

Hill MP Shane Knuth said the KAP’s Safer Waterways Bill presented logical, sensible changes to the way we handle the crocodile population in North Queensland, which was ignored by the Government.

“Fishermen and recreational boaties are constantly under threat and popular inland waterways and tourist beaches are no longer safe,” Mr Knuth said.

“Just sticking up a sign and promoting people to “be croc aware” doesn’t cut it. We need a more proactive approach to safeguard the public and protect human life.”

KAP is currently re-working their Safer Waterways Bill to re-introduce into the Queensland Parliament during the year in a bid to make sensible legislative reforms to enable better crocodile management across Queensland.