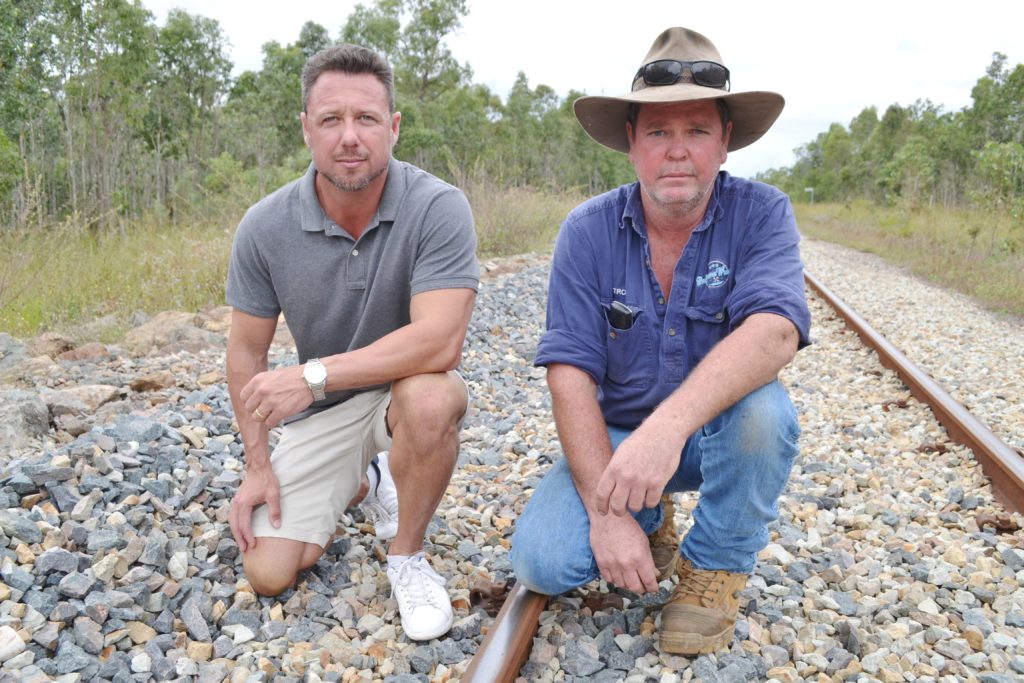 A LACK of action by Queensland Rail and Transport and Main Roads to address several flooding issues in northern Townsville has seen Hinchinbrook MP Nick Dametto take up the fight on behalf of residents.

Mr Dametto said he had been approached by several residents living in Bluewater and Purono Park whose homes had suffered flood damage that was exacerbated by a lack of proper drainage along a section of rail line in the area.

“The residents I’ve spoken to are of opinion that the flow of water directed by the Main Roads drainage, combined with a lack of culverts for adequate water dispersal, essentially creates a damming effect on either side of the rail line and subsequently flash flooding east of the rail line once the ballast under the rail line blows out,” Mr Dametto said.

“This has resulted in floodwaters being forced back and pushed out further onto those adjacent properties, which suffered extensive flood damage.

“The inaction by Queensland Rail on this matter is, quite frankly, unacceptable and they need to find a solution to this as soon as possible or there will be a high risk that these residents will be in the same boat again come next wet season.”

Damage was also incurred to the rail line as a result of flooding earlier this year, where water washed out long sections of the rail line in the area.

Mr Dametto said he made submissions to both the Queensland Rail Chief Executive and State Transport and Main Roads Minister Mark Bailey highlighting the issues with the rail line and the need to install more culverts to alleviate flooding in the wider Bluewater area.

“Those submissions included extensive photographic evidence showing damage to both the rail line and properties in the area at the height of flooding,” Mr Dametto said.

“I have since secured a face-to-face meeting with Queensland Rail’s CEO and will be raising these issues with him directly in Brisbane next month.”

Local residents Troy and Belinda Bullimore, who run Bluewater-based business Bullimore Wreckers, had their property inundated during flooding last year and this year.

In addition to a lack of adequate drainage along the rail line, the couple blame Transport and Main Roads (TMR) for failing to properly maintain drainage near the Bruce Highway at Bluewater and building new drainage infrastructure, all of which appears to have redirected water through their property.

“I have personally inspected the Bullimores’ property twice now and it’s clear that TMR need to rectify the issues Troy and Belinda are facing. They have not heard from TMR since last year and I will be asking department officers to re-engage once more. It’s not good enough,” Mr Dametto said.

Mr Dametto said some residents in the area had still not been able to return to their homes since major flooding earlier this year and he was determined to work with Queensland Rail and Transport and Main Roads to improve their infrastructure in the area.

“Everyone accepts that the flooding experienced by North Queenslanders over late January and early February was unprecedented,” he said.

“But there has been a substantial lack of proper engagement by both Queensland Rail and TMR when it comes to managing their infrastructure and I will be taking them to task on that.”

Mr Dametto also thanked Townsville City Council Division 1 Councillor Margie Ryder for her assistance in co-ordinating efforts between council and the State Government to address flooding issues in the area.

“It’s important that we work as a team when it comes to tackling issues such as this and Margie has been an integral part of that,” Mr Dametto said.

“I look forward to working through this long-standing issue with TMR and Queensland Rail for a better outcome that protects residents from future flooding events in this area.”