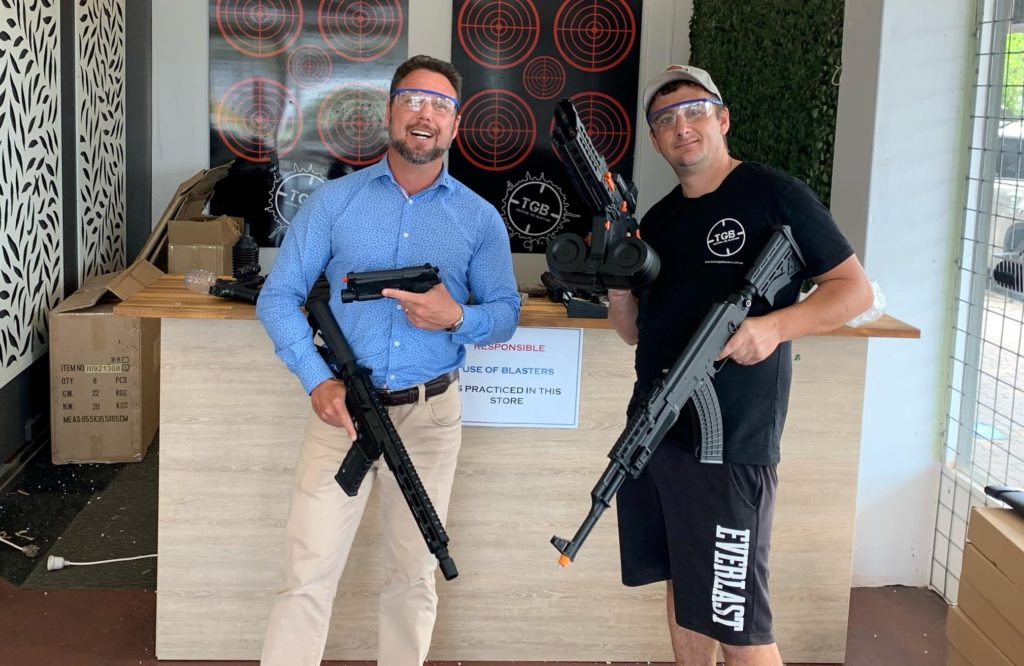 Queensland’s measured approach to the thriving gel blaster industry should be an example to other states who have opted for draconian measures that outlaw or severely restrict what is fundamentally a toy, Katter’s Australian Party (KAP) Hinchinbrook MP Nick Dametto has said.

Mr Dametto said that he, and the KAP, believed in the core values of “fun, freedom and a fair go” and have and always will back the gel blaster industry in Queensland.

He said the party was concerned about the legislative decisions around gel blasters made in other states, and was willing to engage with inter-state industry representatives and like-minded politicians on the issue to restore common sense across the country.

On July 3 Western Australian essentially made gel blasters – which look similar to a firearm but shoot out water-filled gel balls – illegal, demanding anyone possessing them obtain a firearms licence or risk being jailed for three years or fined $36,000.[1]

Mr Dametto said that that gel blasters were basically a toy, not a weapon, and only weak-willed politicians unwilling to be reasonable would seek to suggest otherwise.

“So many of our rights and freedoms have been eroded over the years and this latest attack by other states on what is not only a thriving industry but a well-enjoyed recreational activity has certainly not gone unnoticed,” he said.

“To the best of my knowledge, no one has ever been seriously harmed by a gel blaster – lumping them in the category of real firearms is just ludicrous.

“The underlying political motivation here is that the loony-left simply don’t want anyone promoting the use of firearms and the similarities in look and action has the woke crowd up in arms.”

The gel blaster industry is worth up to $200 million in Queensland and participation numbers in gel blasting leagues are increasing.[2]

Mr Dametto said the industry was providing jobs and encouraging people to join a sport within their local communities.

“In Queensland, and until recently in other parts of Australia, gel blasting is seen as a hobby, sport or way to socialise,” he said.

“Once again only a small minority have misused gel blasters in the past and Queensland’s has robust legislation in place to deal with these people.

“I would encourage other states to have a good look at what we’re doing here and consider doing the same.”

In Queensland, gel blasters are considered a ‘replica firearm’ which is not classified as a firearm or category of weapon but rather a restricted item.[3]

Replica firearms do not require a licence or need to be registered with Weapons Licensing.

However there are strict rules around the use, storage and carriage of gel blasters due to their likeness to real firearms. For example:

“The gel blaster community in Queensland is doing a brilliant job in providing a fun, recreational activity across our state backed by reasonable Queensland legislation,” Mr Dametto said.

“Other states in Australia should take notice on how well things are going over here.”