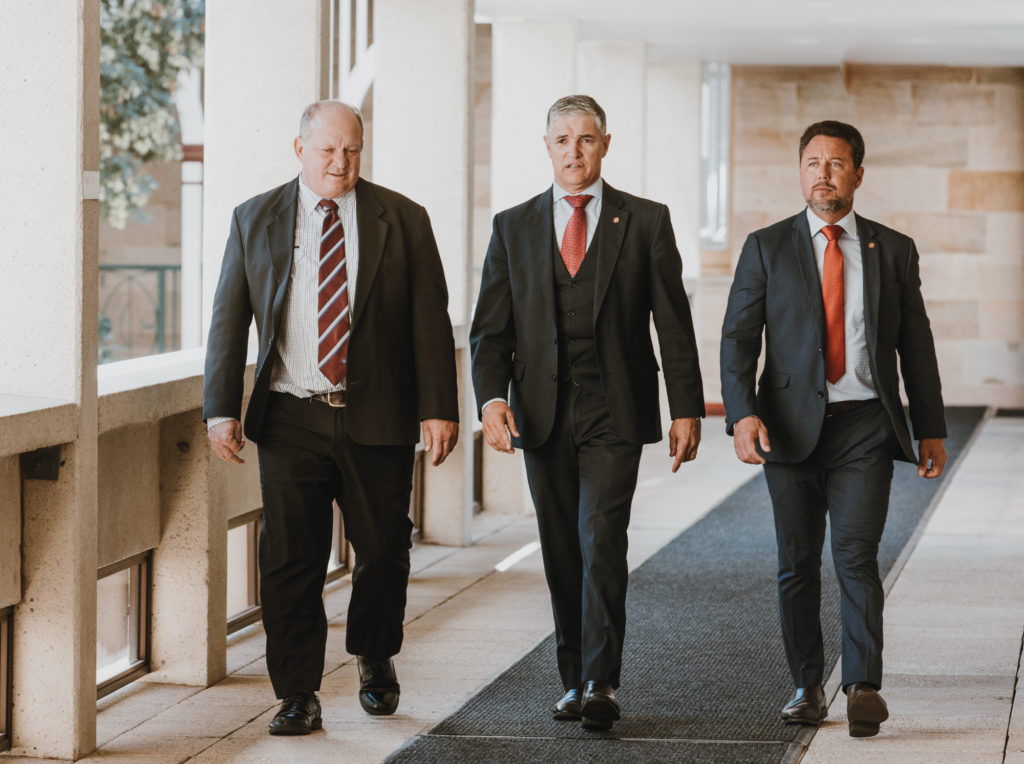 Another Queensland life has been tragically lost to youth crime, enraging Katter’s Australian Party (KAP) MPs who said the Palaszczuk Labor Government’s perverse apathy towards the crisis has left Queensland communities in a “death spiral”.

At the weekend, a 43-year-old man was stabbed to death less than a kilometre from his home in the upmarket inner-Brisbane suburb of Wilston.[1]

A 17-year-old boy has been charged with his murder and is due to appear in the Brisbane Childrens Court.

It’s understood the boy was intercepted with a 45cm knife, described as a “small machete”.

KAP Deputy Leader and Hinchinbrook MP Nick Dametto, said the recent death had left the Government with blood on their hands yet again.

“This Government’s benign response to youth crime has proven to be too little too late, the Premier has failed in her responsibility to keep Queenslanders safe,” he said.

“The Premier should be doing all within her power to protect Queenslanders but sadly it seems that even tragic deaths on our streets or within people’s own homes is not extreme enough for the Government to respond with any urgency.

“What we are seeing is a gross inadequacy of responsibility and everyday Queenslanders are paying the price for this Government’s incompetence.”

“This is yet another tragedy, and it’s come far too soon after the death of Emma Lovell in December as well as the many other tragedies we have experienced as a result of youth crime in the last few years,” he said.

“I wish I could say I am surprised, but I am not – talk to anyone who works closely with these youth offenders, they are emboldened by the notoriety they are gaining and the weakness of the system that has enabled them to be this way. They are untouchable.

“They have no fear of consequences, no sense of the harm they cause, and they cannot be addressed in the neat little way the Government believes they can.

“We need a radical shift in the way we deal with this issue, and the KAP will keep showing up and saying what needs to be said, and putting our solutions on the table.”

Hill MP, Shane Knuth said there is absolutely no doubt the Government is failing all Queenslanders in its response to dealing with youth crime.

“There have been countless reviews and appointments to deal with the issue, yet nothing has changed.

“Instead of doing the same thing over and over and building new detention centres, which are pseudo universities majoring in “crime”, they should immediately trial other options such as relocation sentencing to break the continual cycle of youth crime,” Mr Knuth said.

The KAP has repeatedly pleaded with the State Labor Government to introduce harsher penalties for youth offenders. The proposed changes include seeing youth offenders convicted of particularly serious and violent crimes tried and sentenced as adults, minimum mandatory sentencing and cumulative sentences for recidivist offenders.

The tougher measures are intended to work in conjunction with the KAP’s Relocation Sentencing policy which is aimed at relocating youth offenders from their offending peer groups to a remote location where they can engage in genuine rehabilitative strategies.