Qld parliament in the North for the North: KAP 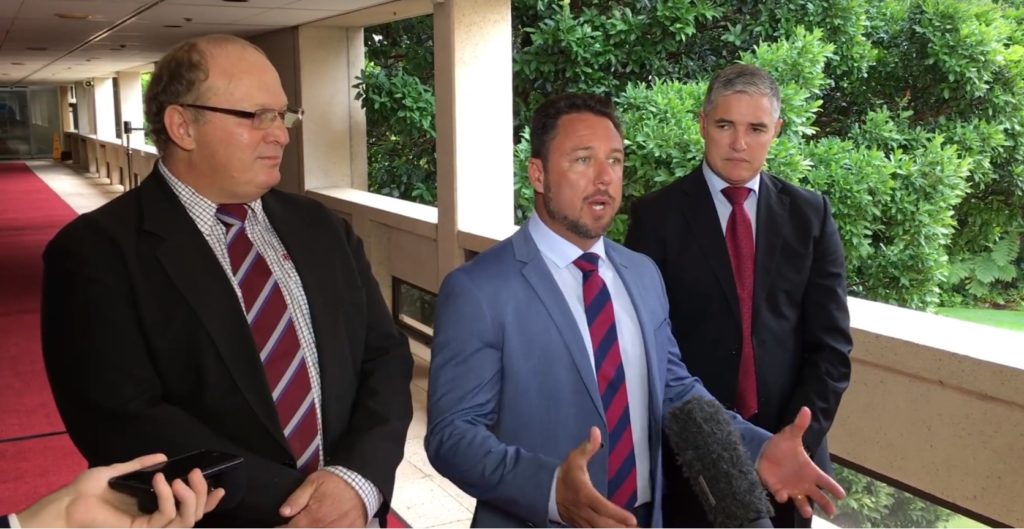 PLANS by the State Government to bring parliament to Townsville later this year will be a waste of time unless there is a specific focus on issues relevant to North Queensland, according to Katter’s Australian Party (KAP).

Hinchinbrook MP Nick Dametto said Premier Annastacia Palaszczuk could forget about spending taxpayers money to set up a temporary parliament if all Labor wanted to talk about was South-East Queensland projects.

“If you’re going to bring parliament to the North then we don’t want to hear about South-East centric issues. We want to know what the government is doing about crime, mining, long-term water security and lowering the cost of electricity,” he said.

“If this is part of the Labor Party’s push to win back votes in the regions then I strongly suggest when setting the agenda for parliament in Townsville, the leader of the house considers consultation with the second largest political party in North Queensland. No-one is more in tune with what North Queenslanders want than the KAP. It would make sense to listen to us if the State Government intends on adding any credibility to this roadshow.”

To ensure North Queensland remains front of mind for the government when parliament visits Townsville later this year, the KAP has proposed its own version of parliament’s daily notice paper, which outlines what items parliament will be debating.

“Our proposed notice paper would allow North Queensland MPs to set the agenda and have the main privileges during question time,” Mr Dametto said.

“It would also allow non-government MPs from the North to get the majority of questions that could be directed at non-ministerial government MPs from our region. This would be a win for both accountability and keeping the issues local.”

The proposed notice paper would prioritise debate on bills from North Queensland MPs.

“We’re hoping that a resolution will come out of this parliament and robust debate can be had on water infrastructure projects such as the North Johnstone Transfer, Hell’s Gate and a revisit of the Tully-Millstream Hydro-electric scheme.

“The North receives massive rainfall in a short period of time and yet very little is provided for road funding to cope. We’re more or less getting the crumbs off Brisbane’s table.

“You’ve also got the pressing problem of crocs, which have taken over our waterways. While telling us we don’t have a croc problem, we know that the southern politicians would refrain from jumping in our waterways. Let’s get serious about dealing with this problem.”

KAP State leader and Traeger MP Robbie Katter said the government was mistaken if they thought spending taxpayer money to host parliament in Townsville for a week was “enough to buy regional votes”.

“Of course we welcome the North Queensland sitting, but only if it is part of a complete turn-around in the way the North has been treated in the last few years,” he said.

“It can’t just be some tokenistic gesture that makes for some nice photos. The KAP wants some genuine debate about North Queensland issues during this sitting and that’s why we have taken the liberty to put together some suggestions for the Daily Notice Paper.”

Mr Katter said other than Burdekin MP Dale Last, the KAP were the only northern MPs who had legislation before the parliament.

“Unfortunately we were not able to include any bills from Labor on our list because there were none from their North Queensland MPs. The Member for Burdekin has the Criminal Code (Trespass Offences) Amendment Bill 2019, so we thought it fair to put that one in,” he said.

“The KAP will always fight for the issues that matter to rural and regional Queensland.”