PREMIER MUST STEP IN OVER PAY DOCKING DISGRACE 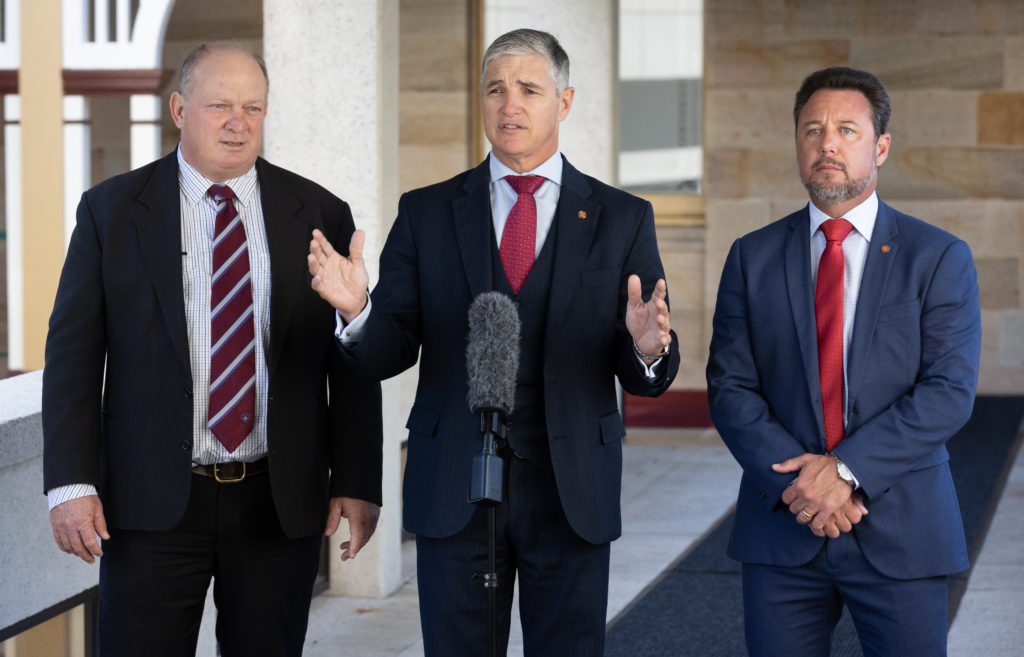 Katter’s Australian Party MPs have called for the Premier and Queensland Education Minister to immediately intervene in the “demoralizing and farcical” disciplinary action being taken by its education department that would see the pay of teachers who chose not to be vaccinated against COVID-19 docked over 18 weeks.

The hundreds of State-employed teachers, who were previously stood down but have since been allowed to return to work, were issued a notice on late Monday that the disciplinary action could be taken against them for “failing to obey a direction from the Education Department”.

“We never supported vaccine mandates and even more so, we don’t support retribution by employers – namely public employers – towards those people who exercised what was meant to be a ‘free choice’,” he said.

“The State Government needs to seriously consider what it is playing at, and presiding over, here; what is to be gained by penalising people after the fact?

“The Queensland public will not tolerate this ‘authoritarian’ type of governance for long – comply or be kicked out, or in this case – pay up. This is not the Australian way.”

KAP Deputy Leader and Hinchinbrook MP Nick Dametto called out the Department of Education’s latest action as poor form and counter-productive amid a teacher shortage and continued messaging from the state and federal governments about ‘living with’ the COVID-19 Pandemic.

“How can the Government consciously dock hard working teachers 18 weeks pay and act like they’re doing them a favour?” Mr Dametto said.

“On one hand we have a shortage of teachers yet on the other hand the Government is punishing teachers that just want to return to work.

“It would be hard to work for any employer that treats their staff like this; although the Minister will state that this is an operational matter, she would have to agree this would be a kick in the guts for any teacher returning to work for the Department of Education.”

Mr Dametto said he had been approached by several teachers distressed by the Department’s actions and that they had already suffered financial loss during suspensions of up to 12 months.

“Docking their pay over the next 18 weeks is just poor form. This Government has missed a golden opportunity to move on in good faith,” he said.