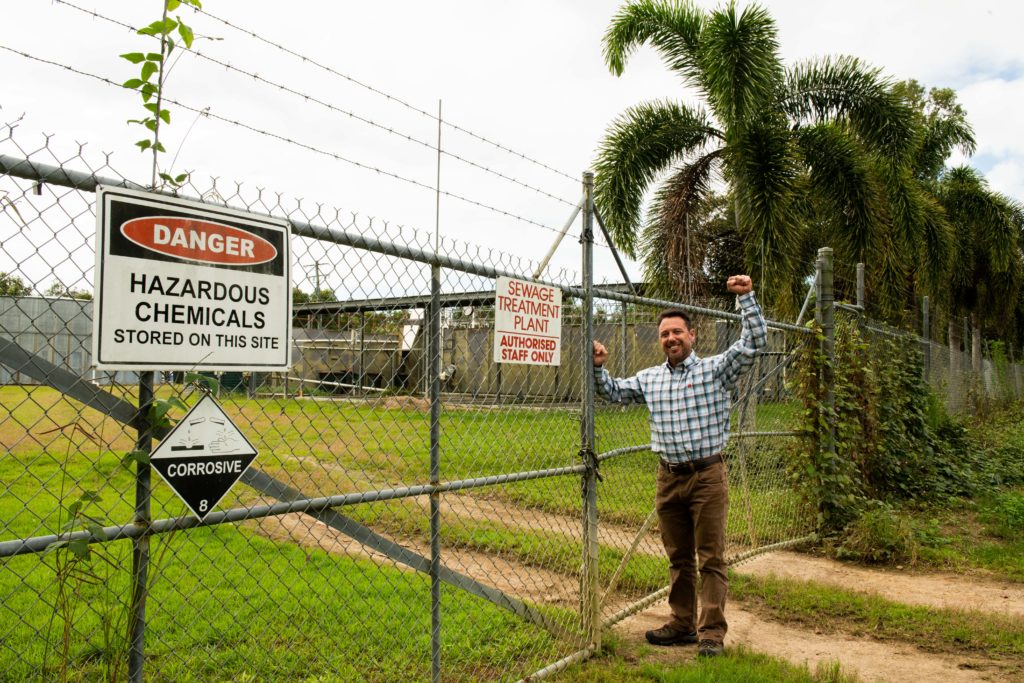 The resumption of this key asset will enable crucial upgrades to the STP, funded through $12.4 million provided by the State and Federal Governments, to begin under local government ownership.

Residents of Port Hinchinbrook, near Cardwell, have been living in limbo for close to 10 years with the failings of the development first coming to surface after the impacts of Cyclone Yasi in 2011.

Sewerage, road maintenance and dredging remain the key issues, but now the tide has turned.

Mr Dametto said residents of Port Hinchinbrook could breathe a sigh of relief at today’s news.

“After four years of actively working on this problem we have finally got certainty for residents after this keystone moment,” he said.

“This has only been possible thanks to all three levels of government – Local, State and Federal – working together and for that we are all very thankful.

“This is the first step towards normalisation of Port Hinchinbrook, and I must remind everyone that the fight is not over yet.

“Roads and dredging must be our next priorities.”

Mr Dametto, who made addressing the Port Hinchinbrook issues one of his main priorities when first elected in 2017, said the Palaszczuk Labor Government’s co-operation had been vital in turning things around.

“Credit where credit is due – the Deputy Premier, also the Minister for State Development,  Dr Steven Miles has jumped to action on this,” he said.

“With this support, alongside the local Council and the Federal Government, we have been able to prevent further environmental breaches at Port Hinchinbrook.

“Finally sorting out this sh*#ty problem will likely see property values rise as there is now certainty in regards to this essential community service.”