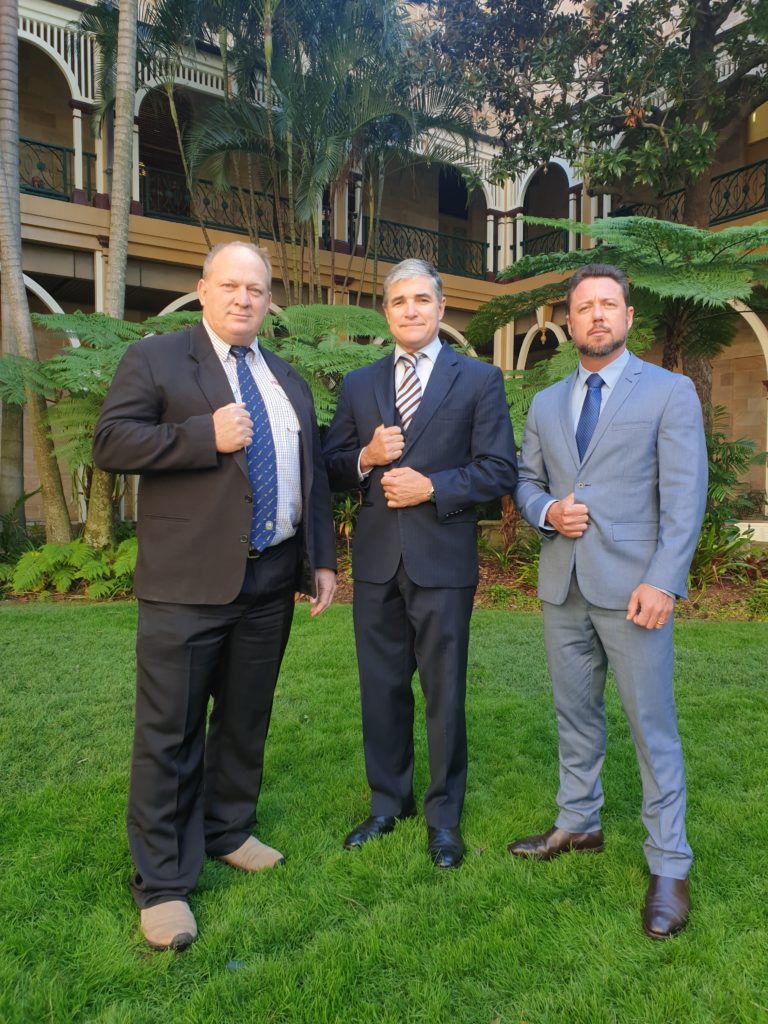 KAP MPs Shane Knuth Robbie Katter and Nick Dametto have put the State Government on notice over its relationship with the RSPCA.

Katter’s Australian Party has delivered the Palaszczuk Labor Government a 1 January, 2023 ultimatum to rectify its failed partnership with the RSPCA, which since 2001 has been extraordinarily delegated law enforcement powers and responsibilities with little to no Departmental oversight.

Late last year the Queensland Auditor-General delivered a scathing 33-page report into the Department of Agriculture and Fisheries’ (DAF) memorandum of understanding (MOU) with the RSPCA.[1]

The report found the charity, which since 2001 has been delegated powers to investigate and prosecute offences under the Animal Care and Protection Act 2001, had been allowed to operate without any governmental oversight, leading to:

The KAP’s warning to the Government follows an announcement yesterday that legislation will this week be introduced into the Queensland Parliament based on the public’s views on reform of the Animal Care and Protection Act 2001 (ACPA).

The consultation outcomes report into the review indicated the public wanted higher levels of accountability of those appointed, such as RSPCA inspectors, to enforce animal welfare laws in Queensland.[2]

However, the Government has made no mention of whether the issue will be tackled by their legislation, instead referring only to a proposed ban on pronged dog collars, a ban on the use of yellow phosphorus poison against feral pigs, changes to pregnancy testing rules for cattle and increased access and inspection powers for animal inspectors.[3]

KAP Deputy Leader and Hinchinbrook MP Nick Dametto said, while the public consultation process showed strong for the appointment of an external organisation – such as the RSPCA – for enforcement operations, he had ongoing concerns about the organisation’s ability to be impartial given their charity status and lobbyist agenda.

He said the party had received assurances last year from DAF Minster Mark Furner that his Department had accepted all the Auditor-General’s recommendations relating to DAF’s relationship with the RSPCA and  would implement them as soon as possible.

“While the KAP expects the Minister to make good on his promise, we will be keeping a very close eye on this process for the remainder of 2022,” he said.

“If the public is not satisfied with the Department’s efforts on this issue by the New Year, our intention is to request that the Parliament’s State Development and Regional Industries Committee be tasked with conducting a full inquiry into the RSPCA and Government’s current and future relationship, whilst also considering alternative enforcement models.

“Our offices have been in receipt of numerous complaints, spread across the State, in recent years with regards to the RSPCA’s enforcement activities and the real or perceived view that abuses of power are going on far too often.

“While the RSPCA has played its part in protecting and promoting animal welfare over the last 130 years, the power handed to the organisation has certainly gone to the heads of certain elements within in – the RSPCA are not above the law and they also do not make the laws.”

Mr Dametto said the KAP had carefully ready the ACPA’s community outcomes report, and was pleased to see a high level of responses from rural and regional Queenslanders.

He said the party would now review the legislation put together by the Government off the back of the report, which is due to be introduced into the House this week.