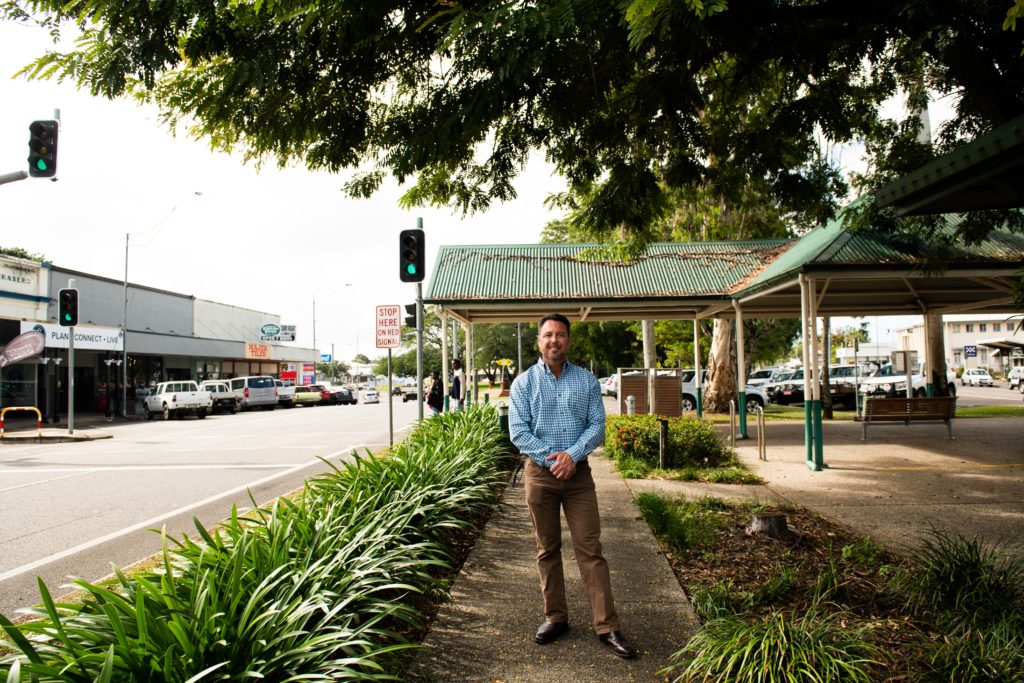 The myopic obsession of the Queensland Government to achieve universal public vaccination against COVID-19 by forcing vaccine mandates on all people over the age of 16 is eroding every facet of life, Katter’s Australian Party MPs have said.

KAP Leader and Member for Traeger Robbie Katter, speaking after the weekend’s announcement that unvaccinated Queenslanders would be banned from attending the State’s Parliament as well as from entering the secured sections of electorate offices, said the nation’s fundamental values of individual choice and freedom of movement were being torn up.

Under the new rules unvaccinated MPs will also be banned from attending their own electorate offices, however, can still attend the Queensland Parliament to conduct parliamentary business.[1]

Mr Katter said: “Discrimination is a dirty word in Queensland but not if it applies to those who don’t comply with mandates, so it would seem.

“We have all put up with nearly two years of border closures, restrictions and lock downs, and over 80 per cent of people in Queensland have agreed to be vaccinated; but it all seems to count for next to nothing.

“The arrogance it takes to expect universal compliance on what should be a personal health choice is breath-taking, and the callousness with which the consequences for failing to comply are being handed down is intolerable.

“Understandably those workers that are staring down the barrel of termination have every right to be furious that politicians who choose to not get vaccinated will keep their jobs, although they will be barred from most places within the parliamentary precinct excluding the floor of Parliament.”

Mr Katter accused ‘weak-willed politicians’ for not calling out the discrimination that comes with COVID vaccine mandates, which will extend to almost every facet of public life in Queensland from December 17th.

“For many Queensland workers, this is a compulsory vaccination,” he said.

He reiterated the KAP’s call for an immediate end to all COVID-19 vaccination mandates in place of alternative control measures for those who, for whatever reason, decide not to be vaccinated.

The KAP’s policy includes people having to produce a negative result through rapid antigen testing before entering barred prescribed premises or workplaces as an alternative to vaccination status.[2]

This would also be coupled with an educational approach to vaccinations as opposed to forced mandates.

KAP Deputy Leader and Hinchinbrook MP Nick Dametto said the Party, although not in agreeance, respected the ruling of the Queensland Speaker, Curtis Pitt, and the work of the Clerk, to ban unvaccinated visitors to the Parliament.

However he said it created somewhat of a double standard in failing to extend to MPs.

Mr Dametto he would not be drawn into whether Members should face the same ban for others wishing to enter the Parliament, as the KAP was opposed to all COVID-19 vaccine mandates and wanted to see them scrapped immediately.

“We are continuing to call for the rapid antigen tests, more than a dozen that have been approved by the TGA, and other alternative methods to mitigate the risks of the virus with regards to people who have chosen to be unvaccinated,” Mr Dametto said.

“We acknowledge that there is immense pressure on all levels of government and on employers to mitigate the risk of the virus, and I agree that vaccinations are a very important part of doing this.

“Myself and my colleagues have rolled up our sleeves to be vaccinated, however I am completely against forcing anyone to do so.

“I believe education is key, not threatening to take away their livelihood to convince them vaccination is right for them – that’s actually coercion.

“All this is doing is creating angst in our community, effectively dividing the state; people are growing increasingly aggravated, and the Government has a responsibility to mitigate this but instead they are fueling the fire.”

All KAP MPs are vaccinated against COVID-19, as are the majority of their staff.

Mr Katter said, regrettably, he expected he may have to close one of his electorate offices until at least the New Year due to the Speaker’s announcement banning unvaccinated employees.