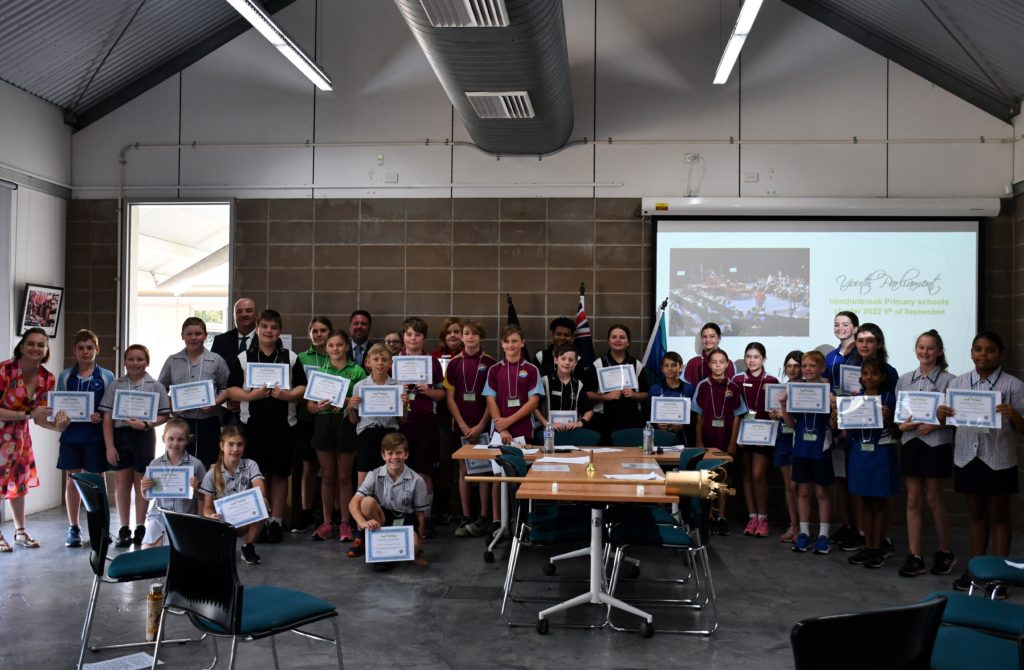 State Member for Hinchinbrook and Katter’s Australian Party Deputy Leader, Nick Dametto, played the role of the Speaker, alongside Mayor Ramon Jayo who acted as the Deputy Speaker.

The Hinchinbrook MP acknowledged the efforts of Victoria Plantation State School with a special mention to Mrs Janna Hyrapietian who organised the event.

“I’d like to thank Mrs Hyrapietian for facilitating such a successful event for our students, the seat names being names of the Hinchinbrook rivers and creeks shows how much thought went into creating this event,” said Mr Dametto.

“I hope this event is the start of a Hinchinbrook Shire Annual Youth Parliament as it gives students the opportunity to learn about Parliamentary processes and build on their research abilities, public speaking, and debating skills.

“The first motion debated was health measures where the banning of junk food in schools was debated and the second motion was education related, where students debated schools becoming a mobile device free zone.

“Students were also allocated time for an adjournment speech where issues such as management of bats, lack of mobile and internet coverage, and the need for infrastructure upgrades such as skateparks were raised.

“I was very impressed by the students’ debates and adjournment speeches, it looks like we may have some future leaders on our hands in the Hinchinbrook electorate.”