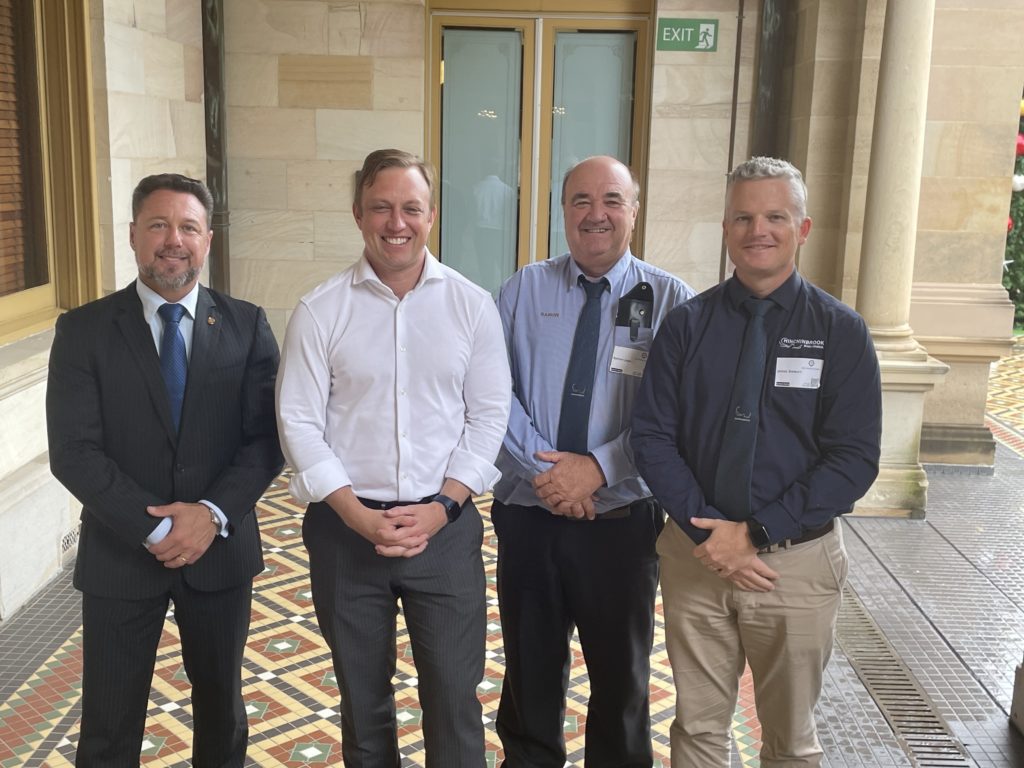 The Deputy Premier has come good on a previous commitment to support the crucial seawall at the entrance of Enterprise Channel, Lucinda. During Parliament on Friday, the Minister for State Development, Infrastructure, Local Government and Planning and Deputy Premier, Steven Miles, committed to cover the cost for the final studies required to progress the project through the final approval stages, a cost estimated at almost $400,000.

Katter’s Australian Party (KAP) Deputy Leader and Hinchinbrook MP Nick Dametto said it was rewarding to hear the long-term lobbying from the community and the hard work of the Hinchinbrook Shire Council (“HSC”) being recognised in the Parliament.

“For so long the HSC has been dedicated to progressing the Dungeness project and I commend them on their investment in this project which has gotten us to the stage we are at today,” he said.

“I commend Mayor Ramon Jayo and the Director of Infrastructure and Utility Services, James Stewart for travelling to Brisbane this week and accompanying me to a meeting with the Deputy Premier.

“The Mayor and Mr Stewart were able to explain the ongoing difficulties the HSC have been facing during the environmental approval process and I have no doubt their technical knowledge and input played a massive part in convincing the Deputy Premier that the Council needed State help.

Mr Dametto used his opportunity in Question Time today to crystalise a formal response from the Deputy Premier where he announced that the State Government would fund the remainder of the environmental planning process.

“On behalf of the Hinchinbrook electorate, I would like to thank the Deputy Premier for his commitment and recognising the importance of all tidal access at Dungeness.

“All tidal access improves safety for all users and helps us build our local tourism industry, this news is a great Christmas present for the Hinchinbrook electorate,” Mr Dametto said.

Hinchinbrook Mayor, Ramon Jayo said that during the meeting this week he felt that the Deputy Premier showed significant regard to the benefits the project would have, not only for the local Hinchinbrook community but to the wider Queensland tourism industry.

“I am very grateful for the assistance that has now been pledged meaning we can jointly fund the remaining studies and get this project over the line,” he said.

“I wish to express my thanks to Nick as our local State Member for facilitating the meeting between the Deputy Premier and Council. I felt we received a very good hearing into the issues we were having to obtain the necessary approval for the seawall construction at Dungeness.

“If achieved, the better marine facilities will add to the already iconic nature of Lucinda, the Hinchinbrook channel and nearby islands. We also can’t lose sight of the fact that if we are able to get this work done it will improve marine safety for all users, particularly the coast guard,” Mayor Jayo said.

During the announcement, the Deputy Premier said that the Palaszczuk Government will fund the cost of the additional but necessary studies in acknowledgment of the investment that the council has already made.

“We will fund the study and partner with the Council to ensure that the work that is undertaken meets the requirements of the Environment Department so that when that is submitted, we are in the best possible position to approve the works.

“I am confident that from here, we can get the necessary studies done with the funding that we have been able to provide to make sure that the Environment Department can properly assess the seawall and the dredging together, and ensure that we avoid any unintended consequences elsewhere in the tidal and erosion system, which is ultimately what we are trying to avoid,” the Deputy Premier said.