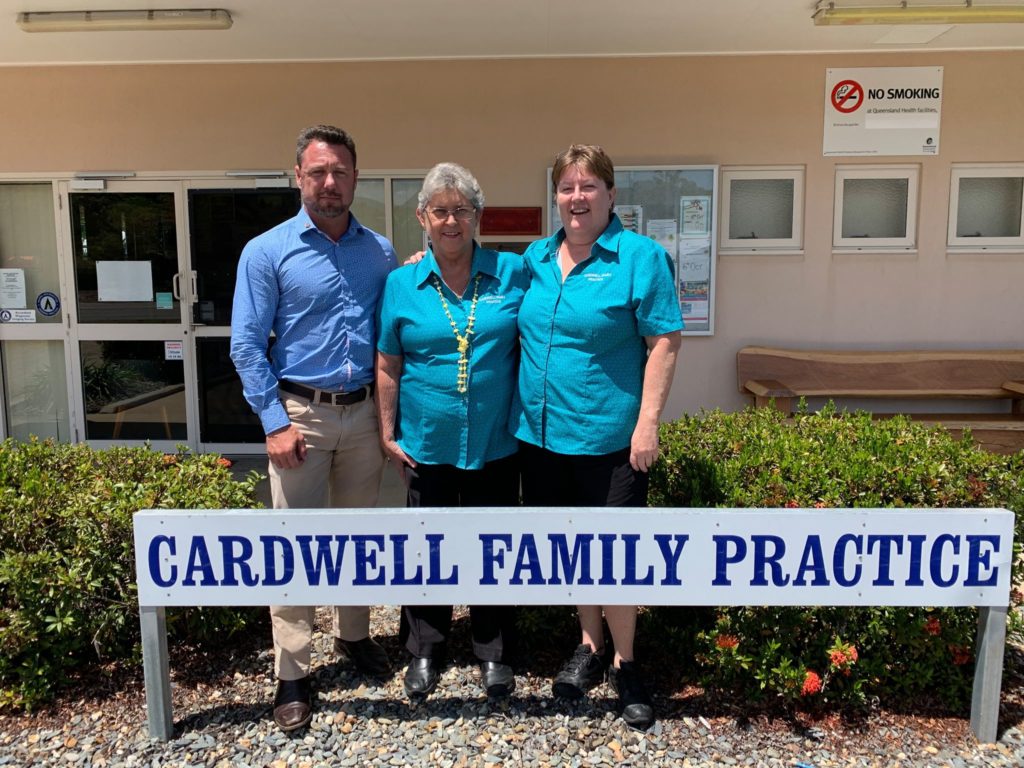 A CRITICAL doctor shortage is crippling healthcare services for residents across North Queensland, with medical practices struggling to cope with patient demand.

Hinchinbrook MP Nick Dametto said practice owners in his electorate had made him acutely aware of the challenges in finding enough doctors to stay on in rural and regional towns like Ingham and Cardwell.

“The scenario local practice owners have presented to me paints a bleak picture. Despite their best efforts, they are unable to attract enough doctors to work and live in the rural and regional towns. The Federal Government’s current incentive programs are not enticing enough general practitioners (GPs) to the regions. As it stands, doctors have a choice of where they practice and rural practice currently is not seen as an attractive option for many,” he said.

“I should make it clear this issue affects small towns across rural and regional Australia, but I feel I have an obligation to speak up for practice owners and patients in Hinchinbrook who are concerned about how their future healthcare needs will be met.”

Carmen Edmondson, who owns Cardwell Family Practice with business partner Julie McKay, said they had struggled to find a second permanent doctor with the current GP seeing 40 patients a day.

“Due to the shortage of doctors we are turning away five patients to the hospital and another five away that are wanting to relocate to our practice,” Ms Edmondson said.

“There are also patients arriving in Cardwell wanting to join our practice.  These patients must sometimes wait several weeks to be seen.”

The practice was forced to use four Locums, or temporary doctors, this year to cover for their existing GP’s annual leave and study leave but only after contacting a whopping 35 Locum agencies for help.

Ms Edmondson said the Locum agencies rarely had doctors willing to temporarily relocate to Cardwell, while she also had concerns that some GPs on the agencies’ books are not sitting their medical exams, which is required for doctors to become a fellow of the Royal Australian College of General Practitioners.

“In my view, the Federal Government needs to step in and review how Locum agencies work and compile their own database of doctors sitting exams and provide support to the practices so doctors can study, do their exams and pass their exams,” Ms Edmondson said.

“Health Workforce QLD offers well-structured courses and scholarships for the courses, knowing that the doctor needs to study to pass their exams.  However, solo GP practices like ours are not offered relief for their GP to study or sit the exam.

“The Australian Medical Association and medical practices need to communicate better on the shortage of doctors.  Many practices are not owned by doctors now as most have no faith in the process.”

“If we have no doctor, we will have to close our doors, leaving ourselves and our five staff unemployed,” she said.

“This impacts the hospitals in Tully and Ingham, the Queensland Ambulance Service and other medical practices in Ingham, Tully and Mission Beach. The town would be totally devastated, it would be total chaos. People depend so much on us being here to look after them.”

Mr Dametto said he would be requesting a meeting with State Health Minister Steven Miles to discuss what support he could provide and how to lobby the Federal Government to address the growing doctor shortage in rural and regional areas.

“I understand that most of these solutions would need to be driven by the Federal Government, but I believe it’s important that Minister Miles is made fully aware of this unfolding health disaster for rural and regional Queensland,” he said.

“If we have any hope in building the populations of our small towns, we need to ensure that there are enough GPs to cater for the needs of patients. GP clinics in some parts of Hinchinbrook are already struggling to cope with the existing patient demand.”

Dr Fraser, an Australian Medical Association Queensland GP Ambassador and James Cook University GP supervisor and medical student placement host, said high staff turnover was due to several factors including trainee doctors leaving to return to the city once their mandatory placement time finished or when doctors reached the next stage of their life, such as wanting to give their children better educational opportunities in capital cities.

“I believe achieving an increased number of freshly trained GPs for short term periods will achieve more full-time equivalent workload than targeting and hoping for long-term stayers. It will also have the positive benefit of raising the standards of care with new and up-to-date knowledge,” Dr Fraser said.

“I would suggest offering an incentivised short-term employment program for newly fellowed GPs, who are young and mobile, and interested and ready for change, as well as providing things like relocation expenses, a small bonus after 12 months in a general practice or a rental subsidy.”

Other suggestions Dr Fraser had include expanding payments under the existing GP Rural Incentives Program to include doctors who stay in a rural practice for one year instead of two or more, and holding high level medical conferences in rural and regional areas.

“Research shows that people are more likely to work in a town they have visited once. Doctors will travel for education and collegial support. Their travel should be partly subsidised or the conference cost should free or low,” Dr Fraser said.

“I would rotate major conferences through regional areas. When people who have never been to rural areas spend some time there, even for a conference, they often find it is better than they thought and will consider going rural when they never have before. The ‘lived’ experience changes their perspective, increasing their likelihood of practicing rurally.

Dr Fraser added that reinstating the highly successful Prevocational General Practice Placements Program (PGPPP), which was cut by the Federal Government at the end of 2014, would also give junior doctors a positive rural experience, thereby increasing the chance of returning.

“The PGPPP allowed first and second year post graduate hospital doctors to work in general practice. This gave them good skills and knowledge for their training and allowed better career planning and provided some workforce,” she said.

Dr Fraser said it was critical rural and regional people continued to have access to GPs at a time when many practices were shutting down or being gobbled up by corporate entities more concerned with profits than their patients.

“We are the core of the Australian healthcare system, and without a GP, patients in rural areas are clogging up emergency departments, or not seeking medical care at all and therefore presenting late for things like strokes or serious infections that are time-critical problems which could be the difference between life and death,” she said.

“General practice is now less than 20 per cent owned by GPs. The rest by corporates who make their money in radiology and pathology. Patient care is not their main agenda. This problem is at crisis levels and the numbers speak for themselves. It is exacerbated by the national Medicare freeze that was only partially undone this year.

“The further away a medical centre is from people, the lower the vaccination rates, the poorer the health, the worse the diabetes, the more babies are born with complications of delivery, some that last a lifetime.