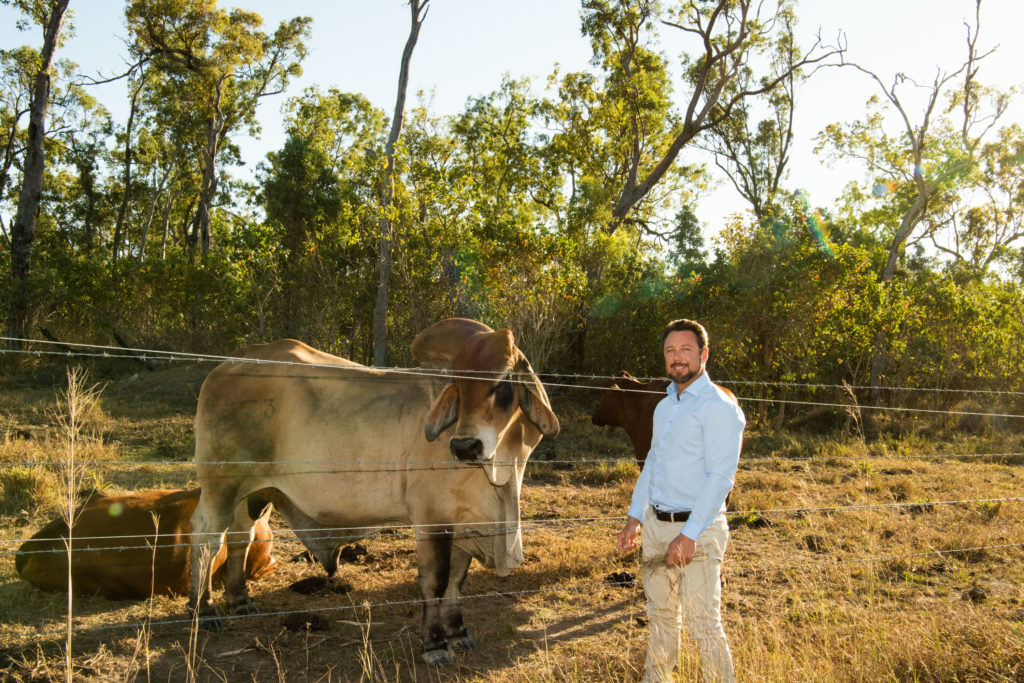 Hinchinbrook MP Nick Dametto is ecstatic after raising more than $1500 for local charity Audrey’s Angels of Hope. He will now get set to ride a bull at this Saturday’s Ingham Sugar City Rodeo.

THE countdown is on to see Hinchinbrook MP Nick Dametto face off against a bull at this year’s Ingham Sugar City Rodeo.

After leading a successful fundraising effort which saw more than $1500 raised for local cancer support charity, Audrey’s Angels of Hope, Mr Dametto said he was hoping to survive the encounter “relatively unscathed” at Ingham showgrounds this Saturday night.

“I’ll admit there’s a few nerves there but the public have paid for a good show and I’ll do my best to give them one,” he said.

“I’ve had time to do some research on the proper bull riding technique which I’m hoping will give me a chance to stay on. I hear the beast they’ve picked is a wild one so we’ll see what happens.”

Mr Dametto praised the local community for their generosity after promising to do battle with a bull if he could raise at least $1000 for Audrey’s Angels.

“To see the response from people with donations has been absolutely heart-warming. I know just how much this will help Audrey’s Angels by providing crucial financial, emotional and social support to cancer sufferers and their families,” he said.

Audrey’s Angels president and co-founder Gracie Cooper was “blown away” by the fundraiser.

“It just amazes us how generous this community is and we thank you all from the bottom of our hearts as this makes our job that much easier with this support,” she said.

“All funds raised help many cancer patients, whether we use it to help ease the burden of their bills whilst going through treatment and unable to work or for flowers and pamper packs to put a smile on their faces whilst giving them everything needed to go to hospital.”

Mrs Cooper said donations helped the charity “concentrate more in the assistance we can give our patients and carers rather than having to work at raising funds to do the things we do”.

“Audrey’s Angels would like to publicly thank Nick for his ongoing support, we think his is one of the best, but are also praying for him to have a safe ride on Saturday,” she said.

“Come fly with us as we attempt to make a difference to many people going through cancer, as well their carers and families.”

“Who would have thought that getting our first pollie on a bull would get this kind of reaction,” she said.

“Our turnout for this year’s rodeo is expected to be a lot bigger than last year and we’re hoping for 3500 to come through the gates but if more can make it, that would be great.

“When we hold our rodeo, we like to get as many local groups involved so that we can all benefit. We will have the Herbert River Junior Rugby League Club running the canteen for the weekend serving lots of delicious meals. A number of stall holders from Ingham and surrounding areas will be set up and we have Ingham State High School and Gilroy Santa Maria College running our gate and the clean up after the event.”

Mrs Devitt said this weekend’s rodeo would be action packed.

“Having Nick jump on a bull has added to the excitement of what we have in store for everyone this weekend,” she said.

“The generosity of the community getting behind this cause has just been beautiful to see. Audrey’s Angels of Hope is a very important organisation. Those who have had to use their services or know someone that has would understand that every bit of money and exposure they have received will go a long way.”

Mr Dametto will be riding at about 8:30pm this Saturday at Ingham Showgrounds’ newly-established Multipurpose Sports Arena that was jointly funded by Hinchinbrook Shire Council and the State Government.