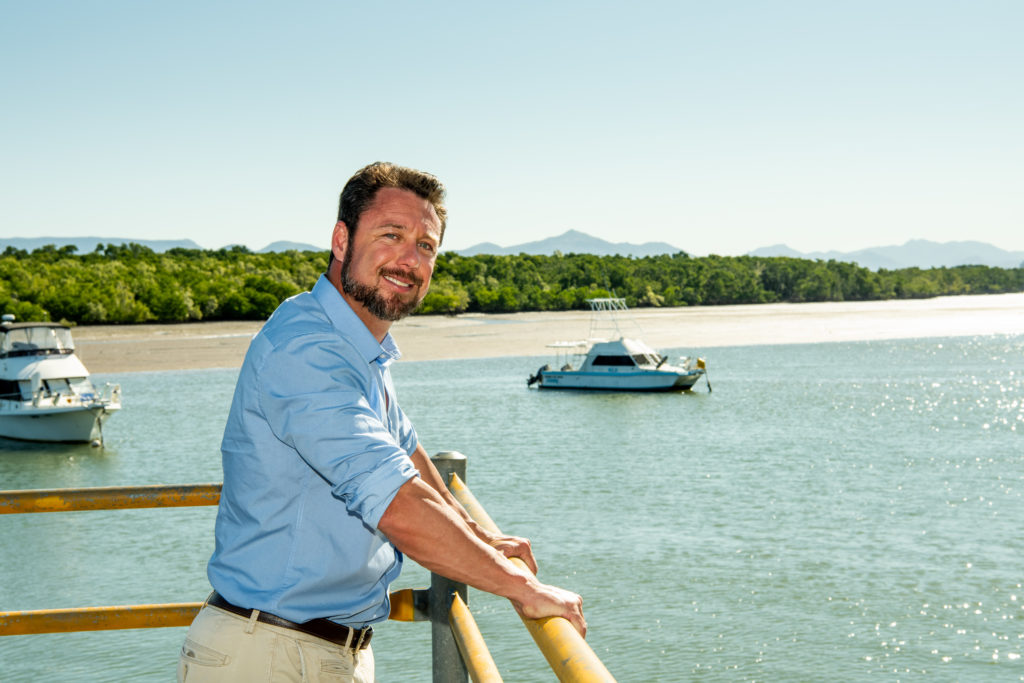 Hinchinbrook MP Nick MP Nick Dametto has thrown his full support behind a game-changing proposal to give 24/7 marine access from Lucinda.

The proposal, put forward by Hinchinbrook Shire Council, would recreate a historic spit that has since eroded away and dredge the Enterprise Channel in waters adjacent to or within the national park boundaries.

Mr Dametto said the council’s proposal would “unleash tourism” in Hinchinbrook Shire by providing all tidal access to Hinchinbrook Island, the Palm Island Group and the Great Barrier Reef.

“A proposal like this is exactly what our region needs to capitalise on the economic benefits that tourism generates,” he said.

“Before politics, I ran my own marine tourism business which depended on all-tidal access. This is why I was drawn to operating out of the Townsville Breakwater Marina. To run a successful maritime tourism business, you can’t expect your customers to be waiting on the tide.

“If after the next state election Katter’s Australian Party has a commanding role in the next parliament, I will be making this project a non-negotiable property, as well as the dredging of One Mile Creek at Cardwell. This will be paramount in deciding which party we would form government with.”

Mr Dametto said he will continue to work closely with Hinchinbrook Shire Mayor Ramon Jayo as they work through Federal and State Government hurdles to advance the project. This will include lobbying the State Government and working with their relevant departments.

“Dungeness and Enterprise Channel are under grave threat because of the erosion of the spit at Lucinda Point East. I commend the council on the preliminary work they have undertaken for future modelling. This is an important step forward.

“Lucinda is fast becoming a hot spot for locals and tourists. We need to take advantage of our natural attractions and I have no doubt dredging at Dungeness’ Enterprise Channel would give both locals and visitors unprecedented access to the natural island attractions and reefs just a stone’s throw away from our coastline.

“On top of that, you’ve got an abundance of fishing spots and marine life such as dolphins and whales just waiting to be discovered on sight-seeing tours.

“This project is necessary for the betterment of maritime safety in the Hinchinbrook electorate. Currently, the Ingham Coast Guard is stranded on some low tides.”

“This is a project bigger than politics. Opening up all-tidal marine access to this area will help unlock our region’s full potential,” he said.

“I call on Labor and the LNP to show some vision and match our pledge to make this project a reality.”